New on DVD and Blu-ray: Knives Out, Frozen II and more!

Published By Alexandra Heilbron on Feb 25, 2020 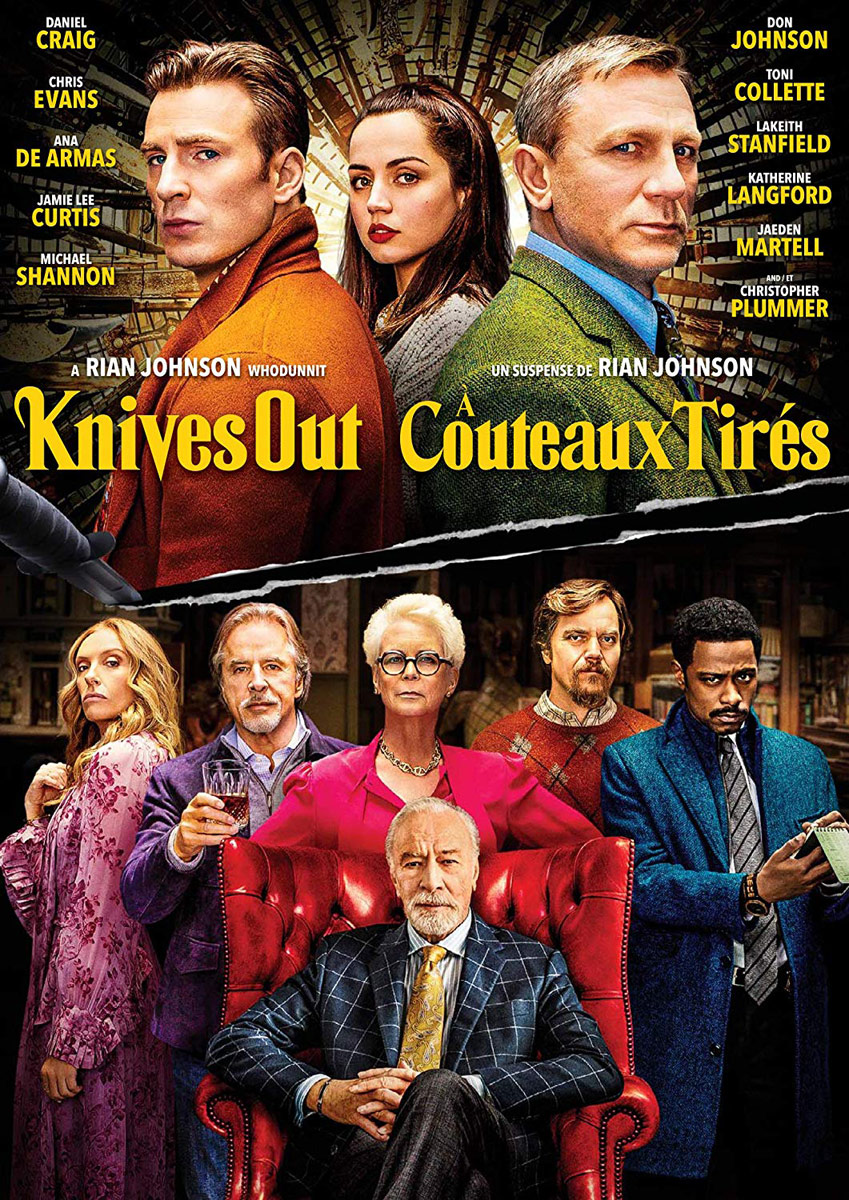 The popular mystery comedy Knives Out releases on DVD today, along with the highly anticipated Disney sequel Frozen II. Also available is Ophelia -- based on the character from William Shakespeare's play Hamlet, and a documentary.

Frozen II - When Elsa (Idina Menzel) and her sister Anna (Kristen Bell) were small, their father (Alfred Molina) told them the true story of an enchanted forest, which was home to the Northuldra tribe. Elsa begins to hear a voice that seems to be calling her and somehow relates to that story. Unable to get the voice out of her head, Elsa goes on a dangerous journey north to find out what happened in the past between the tribe and her people. Anna insists on going with her, as does Olaf (Josh Gad), Sven the reindeer and a lovesick Kristoff (Jonathan Groff). Click here to watch our interviews with Idina Menzel, Kristen Bell, Josh Gad and producer Peter Del Vecho.

Ophelia - In medieval-era Denmark, Ophelia (Daisy Ridley), the queen's brightest lady-in-waiting, finds herself drawn to Hamlet (George MacKay), the charismatic and elusive crown prince. As their secret love affair takes off, betrayal strikes the court, threatening to derail their union and devastate the royal family. Based on the novel of the same name by Lisa Klein, and on the character from Shakespeare’s famous tragedy, Hamlet.

Paris is Burning - This 1990 documentary, digitally remastered by the UCLA Film and Television Archive in conjunction with Sundance Institute and Outfest UCLA Legacy Project, highlights New York's community of minority drag queens, gay black and Latino men who cross dress as women and invent the dance style of voguing, imitating the fashion poses on the covers of the magazine Vogue.