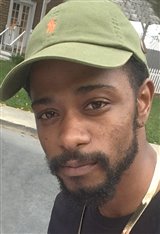 LaKeith Stanfield was born in San Bernardino, California and raised in nearby Victorville.At 14, he joined the school drama club and decided that he wanted to be an actor. By the time he was 15, LaKeith joined the John Casablancas Modeling and Acting Agency and was sent out on commercial auditions. At first, he didn't land anything and grew discouraged, but in 2009 he landed a role in a short film titled Short Term 12, which would lead to greater things. When the short was made into a feature in... See All