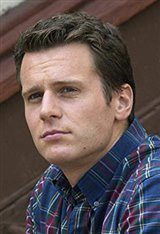 Born in Lancaster, Pennsylvania, Jonathan Groff won acclaim in 2006 for his role as Melchior Gabor in the original Broadway rock musical Spring Awakening, based on the 1891 play of the same name. Jonathan received a Tony award nomination for Best Actor in a Musical for his performance. He later appeared on Broadway again in 2015 in the hit musical Hamilton, playing the role of King George III, for which he earned another Tony award nomination. In 2007 Jonathan made his television debut with a... See All