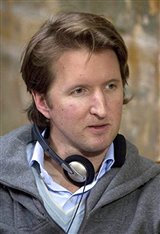 British director Tom Hooper made his first film at the age of 13—Runaway Dog—on a clockwork 16mm Bolex camera using 100 foot of film. At Oxford University he directed theater productions with contemporaries Kate Beckinsale and Emily Mortimer, and directed his first TV commercials. He wrote, directed and produced the short film Painted Faces aged 18, which premiered at the London Film Festival and was aired on Britain's Channel 4. In the 1990s, Hooper worked on a number of British TV series,... See All