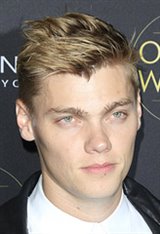 Levi MeadenDate of Birth: September 13, 1987 Canadian actor Levi Meaden was born in Saskatoon, Saskatchewan, and raised in Calgary, Alberta. He began acting at age 12 in local theater productions and eventually moved to the Czech Republic after he finished high school. There, he studied writing and directing at the Prague Center for Film Education, where he credits one of his teachers for reintroducing him to acting and reigniting his passion for the medium.After graduation, he moved to... See All