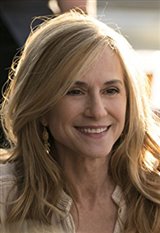 Born in Conyers, Georgia, Holly Hunter was raised on a farm and attended Pittsburgh's Carnegie Mellon University for theatrical training. Moving to New York to pursue her acting career, the fledgling actress enjoyed a serendipitous twist of fate in the form of being stuck in a stalled elevator with playwright Beth Henley. The chance meeting led to a collaboration between the two women, first with the stage production of The Miss Firecracker Contest and then with Hunter's 1982 Broadway debut,... See All