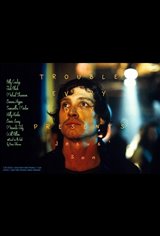 Wesley Morris: "Maclean's film is a handsome dance with Johnson's words, a dialogue with the cycles of lucidity, a filmmaker's intercourse with another author's mood... A dashing fusion of the literary and the cinematic, the film is a menagerie of preludes, postludes, interludes and Quaaludes."

JESUS' SON is the intense, often hilarious story of a young man's circuitous journey from drug dependency and petty crime to a life redeemed by a startling discovery of compassion. Whomever he meets and wherever he goes, his attempts to prove his worth are either oddly touching, farcically futile, or often both simultaneously. Told in the way a person might recount a series of anecdotes over a drink -- with all the mistakes and exaggerations, false starts and shuttling back in time that inevitably occurs -- it is a stunning glimpse into the way one man's heart and mind work.