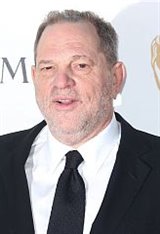 HARVEY WEINSTEINDate of Birth: March 19, 1952Born and raised in Queens, New York to Jewish parents Miriam and Max Weinstein, Harvey and his younger brother Bob developed a strong business sense from their father, a diamond cutter, and a passion for movies. Throughout the 1970s, Harvey, Bob and Corky Burger produced rock concerts. They purchased a theater in Buffalo where they screened concert films. It was from there that Harvey and Max made the money needed to create the independent film... See All