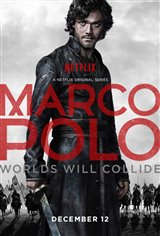 When his father gives him to the China's emperor, Marco must learn how to survive in the harsh and unknown political climate of the Yuan dynasty. The story is loosely based off the famous writings of Marco Polo, who was the first man in history to publish stories of East Asia in the western world.