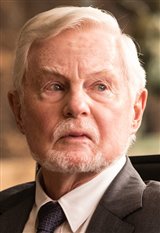 With a mother who harbored theatricaler. When he was six, Jacobi began to appear in local library and school productions. Thanks to the school's single sex population, his first roles with the drama club -- until his voice broke -- were all female. While at studying history at Cambridge University, Jacobi joined amateur theatrical clubs and would perform in productions, winning plum roles such as Hamlet and Edward II. His stage work at Cambridge was prolific and allowed him to work with... See All