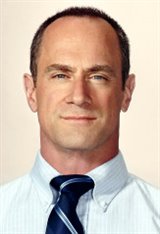 Born in Washington D.C., Christopher Meloni described himself as a bit of a terror when he was younger, telling People magazine: "I did some bad things — a little vandalism, stealing stuff. I was the guy whose parents always had to come in for meetings at school." Luckily he decided to get into acting during his time in college as he has enjoyed a long, eclectic and successful career as an actor on both television and the silver screen. Getting his first major gig in the 1989 HBO show 1st & Ten,... See All