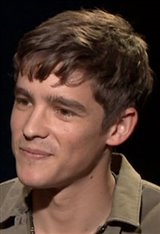 Brenton Thwaites was born in Carins, Queensland, Australia. The young Aussie got a head start in his acting career during his college years after he enrolled at the Queensland University of Technology to study acting. Before he graduated in 2010, he made his feature film debut in the independent film Charge Over You (2010). After completing his university degree, he moved to Sydney in order to pursue a full-time acting career. Following his relocation to Sydney, Brenton enjoyed a successful... See All