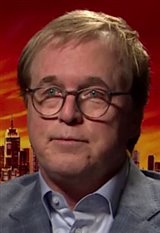 Bird's first experience as a professional animator was on Disney Picture's feature film The Fox and the Hound (1981). By 1985, he'd worked his way up to being a writer/director on Steven Spielberg's series, Amazing Stories, followed by directing and acting as executive consultant on the hit TV series The Simpsons. His feature film debut both as a writer and director came with The Iron Giant (1999) for Warner Bros. Animation. The film, about a little boy who befriends an innocent, giant robot... See All