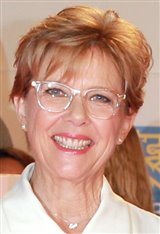 The youngest of four children born in Topeka, Kansas, Annette Bening was raised in San Diego and studied at the local college, completing her drama degree at San Francisco State University. Following graduation, she studied at San Francisco's American Conservatory Theater, and joined its acting company. After appearing in summer Shakespeare festivals and regional productions, she relocated to New York to pursue an acting career. It was there she appeared on Second Stage and then Broadway, for... See All