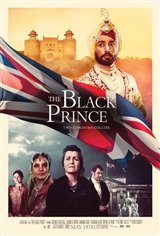 In September 1843 at the age of five, Maharajah Duleep Singh becomes the ruler of the Sikh Empire after four of his predecessors are murdered. In December 1846, his mother is imprisoned and at 15, he is exiled to England by the British.

While there, the teen is introduced to Queen Victoria, who takes an immediate liking to him, calling him "The Black Prince." Duleep is taught about Christianity and baptized, changing his life forever. When the British decide Duleep's mother is no longer a threat, mother and son are allowed to reunite after 13 years apart.

Learning from her about their former life in Punjab, the Maharajah decides to try to regain all that was lost and re-embrace the faith of his birth, Sikhism. Torn between his two worlds, The Black Prince begins a lifelong struggle to regain his Kingdom.