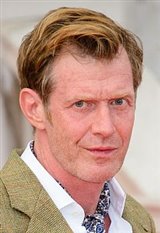 Raised in Putney, in southwest London, Jason Flemyng is the son of a television director. He attended Richmond College, then graduated from the London Academy of Music and Dramatic Arts before being accepted into the prestigious Royal Shakespeare Company. He appeared in several British television productions, even playing a regular role on series such as Rich Tea and Sympathy (1991) and Doctor Finlay (1993 to 1996). He made two guest appearances on ABC's The Young Indiana Jones Chronicles before... See All