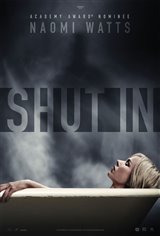 Child psychologist Mary (Naomi Watts) is trying to put her life back together after losing her husband in a car accident. Her teenage son (Charlie Heaton) was in the same car accident and although he survived, he's immobile and unable to speak.

Mary, who works out of her home, is given a new patient, Tom (Jacob Tremblay), a little boy grieving after his mother's death. When she's told Tom is being taken away to Boston, she doesn't agree that the move is the best thing for the boy. He goes missing during a winter storm and is presumed dead by authorities, though a body has not been found.

Mary, who feels guilty about Tom's fate, suddenly starts hearing his voice in her house and catching glimpses of him. She finds her strength and courage put to the test when more mysterious things begin happening as she's trapped in her isolated New England home during the storm.