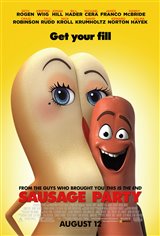 However, they soon discover that all is not right in the world outside of the grocery store. Rather than co-existing in harmony with humans, they're being slaughtered and eaten by them! Now Frank and his friends must warn their edible comrades of these unspoken injustices and fight against the eventual genocide of foodkind as they know it.