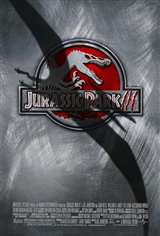 Anxious to fund research for his new theory of velociraptor intelligence, renowned paleontologist Dr. Alan Grant (Sam Neill) is persuaded by a wealthy adventurer (William H. Macy) and his wife (Tea Leoni) to accompany them on an aerial tour of Isla Sorna. This infamous island, once InGen's site B, has become both a primordial breeding ground for John Hammond's magnificent creations and a magnet for thrill-seekers eager to encounter them.

When a tragic accident maroons the party of seven, Grant discovers the true reason his deceptive hosts have invited him along. In their perilous attempt to escape with their lives, the dwindling group encounters terrifying new creatures undisclosed by InGen, and Grant is forced to learn the dreadful implications of his raptor intelligence theory firsthand. -- © 2001 Universal Pictures.