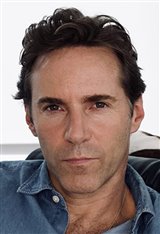 Alessandro Nivola was born in Boston, Massachusetts to an artist mother and academic father. He has one younger brother and both boys attended Yale University. Alessandro graduated in 1994 with a Bachelor of Arts in English Literature. In 1995, Alessandro made his Broadway debut opposite Helen Mirren in A Month in the Country, which earned him his first Drama Desk Award nomination. Success followed in 1997 when Alessandro made his breakthrough performance in the feature film Face/Off (1997)... See All