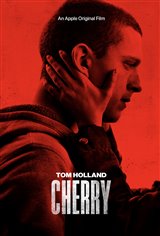 At a community college, a young man (Tom Holland) falls for fellow student Emily (Ciara Bravo), but when she tells him she's breaking up with him to head off to school in Montreal, he's heartbroken. He impulsively enlists in the Army. Although she returns, he can't get out of his two-year commitment. He does tours in Iraq and Afghanistan as a combat medic, but once home, develops PTSD and an addiction to Oxycontin and heroin.

He reunites with Emily, who also becomes addicted to drugs. In order to get money to fund his addiction, he robs a bank. When that goes better than expected, he begins robbing more and more banks in an effort to support the habit that has quickly grown out of control.