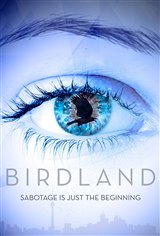 Ex-police woman Sheila Hood (Kathleen Munroe) discovers her ornithologist husband Tom (David Alpay) is having an affair. Rather than confront him, she hides surveillance cameras in their home.

The new object of Tom's affections is his beautiful and fragile ex-girlfriend, Merle James (Melanie Scrofano).

While looking into Merle's background, Sheila discovers hotel owner Ray Starling (Joris Jarsky) is also Merle's lover. She also finds he has dealings with Merle's father, John James (Stephen McHattie), a powerful oil baron who operates in the shadows but whose influence touches the whole city.

Sheila's ex-partner, Calvin (Benjamin Ayres) finds his loyalty tested when Starling winds up dead in his own hotel and Merle falls to her death from a bridge, especially when evidence from Sheila's surveillance tapes seem to connect Sheila and Tom to the murders.