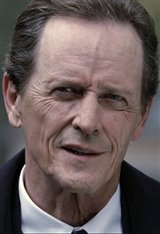 Stephen McHattie was born Stephen McHattie Smith in Antigonish, Nova Scotia on February 3, 1947. At 16 he began acting in local amateur plays and at 19 moved to New York, where he studied at the American Academy of Dramatic Arts. He began his career on stage in the 1968 Broadway production of The American Dream. Two years later he made his film debut in The People Next Door, which starred Nehemiah Persoff. One of Stephen’s best known roles was the title role in the 1976 television movie James... See All