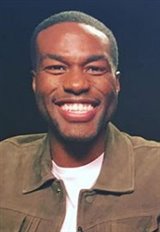 Yahya Abdul-Mateen II was born in New Orleans, Louisiana to Muslim father Yahya Abdul Mateen I, and Christian mother Mary. He is the youngest of six brothers and sisters.

Yahya was just six when his construction worker father inspired him to be an architect. He went to the University of California, Berkeley to obtain a degree in architecture. While there, a friend suggested he take an acting class for an easy credit. He auditioned for the class, got in, and gained a newfound love of acting.

The young architect got a job in San Francisco as a City Planner, but was laid off in October 2010. That's when he decided to chase his new dreams of acting. Just over a year later he was accepted into Yale School of Drama, Harvard, NYU and The American Conservatory Theater. In May of 2015 he graduated from Yale with a degree in Master of Fine Arts.

A year after graduation, Yahya had his first big break when he was cast in the 2016 Netflix series The Get Down. He spent seven hours a day practicing disco for his role as Clarence Caldwell. He also appeared in the films The Vanishing of Sidney Hall(2017), The Greatest Showman(2017), Baywatch(2017), First Match (2018), Boundaries (2018) and the television series The Handmaid’s Tale.

His biggest role to date was in the DC film Aquaman (2018), playing the villain Black Manta/David Kane. He trained for the film by teaching himself how to swim with YouTube tutorials and a kickboard in hotel swimming pools before production started. Humorously enough, he didn’t have to do any swimming in the movie, though he did gain a new skill!

In 2019, he played a role in Jordan Peele’s horror film Us and Joe Robert Cole’s All Day and a Night. He will also appear in the drama film Sweetness in the Belly, which has no official release date yet.

In 2019, he also starred on the HBO show, Watchmen. This earned him his first Emmy Award. In 2020, he starred in Aaron Sorkin's Netflix film The Trial of the Chicago 7.