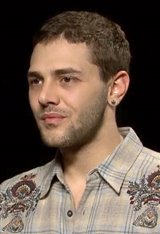 Xavier Dolan was born in Montreal, Québec to Geneviève Dolan, a teacher, and Manuel Tadros, an actor and singer. He launched his acting career at the age of five on the Quebec mini-series Miséricorde. He made his feature film debut just a few years later in the comedy J'en suis! (1997), starring Patrick Huard and Roy Dupuis.

Xavier also became well-known as a director when his debut film released: I Killed My Mother (2009), for which he also wrote the screenplay. This intense drama, in which he also starred alongside Quebecer Anne Dorval, immediately placed the young man, who was then only 20 years old, in the spotlight.

In addition to winning three prizes at the Jutra awards ceremony in Quebec in 2010—including Best Film—the film also won numerous awards abroad, as was the case at Cannes where the film won three times, including the SACD Prize (Directors' Fortnight) for Xavier Dolan.

Openly gay, the filmmaker revealed that I Killed My Mother was a semi-autobiographical film, throwing light on the years he didn't get along with his mother.

His next film, the romantic drama Heartbeats(2010) about an intense love triangle, found Xavier Dolan back at Cannes where he shone again, this time winning the Regards Jeunes Prize.

Based on a play of the same title by Michel Marc Bouchard, his psychological drama Tom at the Farm (2013) premiered in official competition at the 70th edition of the Venice International Film Festival in 2013, winning the prestigious FIPRESCI prize. Xavier plays Tom, who goes to his lover’s funeral in the country. Tom’s character is shocked to discover his lover’s grieving mother has no idea who he is and doesn’t even know her son was gay.

In March 2013, Xavier directed the “College Boy” music video for French rock band Indochine. It tells the story of a teenager, played by Montreal actor Antoine Olivier Pilon, who is bullied by his classmates, then gets beaten and humiliated. At the end of the video, the teenager is crucified. His schoolmates nail him to the cross and shoot at him with guns. When the police arrive, they start shooting at him too, while other kids record it on their smart phones. The video generated an enormous amount of controversy in France. France’s Superior Council of Audiovisual has censored the video.

Xavier followed that up with his most acclaimed film to date, the drama Mommy (2014), which touched many critics and moviegoers. The film won the Jury Prize at the Cannes Film Festival. The Quebec drama was also chosen to represent Canada in the Oscar race, in the Best Foreign Language Film category. In addition, it dominated the 17th Jutra Awards in Quebec, allowing its creators to win no less than 10 awards.

In October 2015, the young man achieved another success in the musical universe by directing the music video for the song "Hello" by Adele. This work marked the long-awaited return of the British singer. In less than two years, more than 2 billion views were recorded on YouTube. The work was a finalist in seven categories at the MTV Video Music Awards in 2016, including Best Director.

Due to his popularity in France, Xavier Dolan turned his hand to the drama It's Only the End of the World/Juste la fin du monde (2016), starring Nathalie Baye, Marion Cotillard, Vincent Cassel, Gaspard Ulliel and Léa Seydoux. The film won the Ecumenical Prize and the Grand Prix at the Cannes Festival in 2016. Xavier was also awarded the Best Director and Best Editing trophies at the Césars (French Oscars equivalent).

In 2018, he turned his talents to directing and co-writing the English-language film The Death and Life of John F. Donovan (2018), starring Kit Harington, Natalie Portman and Jacob Tremblay. Although the film received a nomination for Best Canadian Feature Film at the Toronto International Film Festival, it was the first of his films not to pick up any awards.

He returned to his roots with his next film, Matthias & Maxime (2019), filmed in Montreal. Xavier directed, wrote the screenplay and played a role in the film, which received two nominations at the Cannes Film Festival.

As an actor, Xavier has been making his way into Hollywood films, such as Boy Erased (2018) starring Nicole Kidman and Russell Crowe, and IT: Chapter Two (2019), starring James McAvoy and Jessica Chastain.