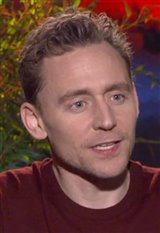 Tom Hiddleston was born in Westminster, London. He studied Classics at Pembroke College of the University of Cambridge, where acting agent Lorraine Hamilton witnessed his performance in a production of A Streetcar Named Desire. Shortly thereafter, he was then given his first television role, appearing in Stephen Whittaker's adaptation of Nicholas Nickleby for ITV. Still in university, Hiddleston appeared in Conspiracy (BBC/HBO), and in the BAFTA and Emmy award-winning BBC/HBO drama The Gathering... See All