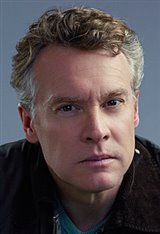 Most familiar to audiences as cowardly, criminal stockbroker Jimmy Cooper in FOX's hit teen drama series The O.C., Tate Donovan was born and raised in Tenafly, New Jersey. As he explained to Parade in September 2013, he first entertained the idea of being an actor when he was just four years old. He said his parents — Eileen and John — took him to the Bergen Theater in Tenafly and he was enraptured by what he saw on screen. He shared, "I remember wanting to sit apart from them for some reason. I... See All