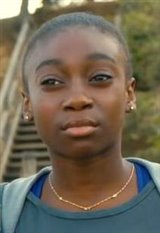 Born and raised in Brooklyn, Shadadi Wright Joseph began her career as a Fisher Price infant model, and at the age of two, began taking dance lessons. Shadadi made her Broadway debut in 2014 in the musical The Lion King as Young Nala, playing the role for one year. She then played Madison and understudied the role of Tomika in School of Rock - The Musical, which opened December 6, 2015 on Broadway, and stayed with that until October 2016, when she was cast as Little Inez in the NBC-TV's... See All