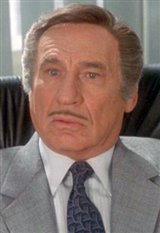 Mel BrooksDate of Birth: June 28, 1926American actor, writer, producer, director, comedian and composer Mel Brooks was born Melvin Kaminsky in Brooklyn, New York, the youngest of four boys, and grew up in the neighborhood of Williamsburg. When he was two years old, Mel's father Max died of kidney disease.As a child, Brooks was much smaller than the other boys and was bullied in school as a result. He attended Abraham Lincoln High School for a year before transferring to Eastern District High... See All