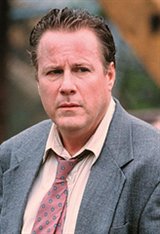 John Heard was born in Washington, D.C., where he studied acting at Catholic University. Audiences know him best as the Macaulay Culkin's forgetful Dad, Peter McAllister in the first two Home Alone movies. But gossip columnists know him as the former husband of Margot Kidder, even though the marriage lasted only six days. John got his start on stage at the Organic Theatre in Chicago, where he won a Theatre World award in 1976. He also earned three Obie Awards for his Off-Broadway work (G.R.... See All