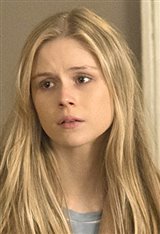 New York City-born Erin Moriarty launched her acting career in a way many hopefuls dream of: with an awards-recognized project. Erin first appeared on screen in the Emmy-nominated soap opera One Life to Live in 2010, playing the character Whitney Bennett in six episodes. She built on her TV work with a guest role in an episode of Law & Order: Special Victims Unit, also in 2011. The following year, Erin landed a small part in her first feature film. Acting alongside Ben Stiller, Vince Vaughn... See All