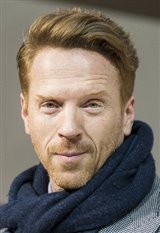 Until the age of eight, Damian grew up on Abbey Road with his two brothers—Gareth and William—and his sister Amanda. After studying at Eton College, he attended the Guildhall School of Music and Drama, alongside now well-known colleagues such as Daniel Craig and Joseph Fiennes. Damian graduated in 1993 and continued to work on stage, including with the Royal Shakespeare Company. Damian soon made his television debut in the TV movie Micky Love (1993), followed by a guest role on the TV series... See All