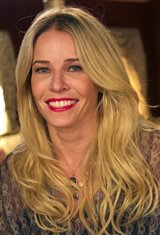 Originally from Livingston, New Jersey, Chelsea Handler grew up with a Morman mother and a Jewish father. This is not the background most would expect her to come from however, due to her sexually explicit and sometimes outrageous comedy.

Getting her start in stand-up comedy after getting fellow offenders to laugh at her DUI story, Handler has progressed to not only acting, but also writing books and hosting her own talk show. Chelsea Lately—her late-night talk show on E! Entertainment Television—began in July 2007 and it's latest contract renewal will take it through to 2014. Commonly overlooking A-list guests, the show features Handler conversing with celebrities that also often happen to be her real-life friends, including Reese Witherspoon and Jenny McCarthy.

In addition to her successful show, Handler has become quite an accomplished author, writing four books that have featured on the New York Times Best Seller List: My Horizontal Life: A Collection of One-Night Stands (2005), Are You There, Vodka? It's Me, Chelsea (2008), Chelsea Chelsea Bang Bang (2010) and Lies That Chelsea Handler Told Me (2011).

Along with her success as a host and a writer, Handler is known for her roles in This Means War (2012) alongside Reese Witherspoon, Tom Hardy and Chris Pine and Hop (2011) with James Marsden and Kaley Cuoco, which also features the voices of Russell Brand and Hugh Laurie.

Most recently, Chelsea played a role in Fun Size (2012) with Victoria Justice and Johnny Knoxville. Her 2012 NBC TV series Are You There, Chelsea?, which was loosely based on her books, had Laura Prepon playing Chelsea and Handler herself playing Sloane.

In the past, Chelsea has been romantically linked to NBC Broadcasting chairman Ted Harbert and hotelier Andre Balazs, but is not currently attached.