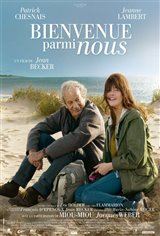 Despite his fame, his wealth, the love of his wife, his children and his best friend, Taillandier, a painter and sculptor in his sixties, lacks inspiration and goes into a deep depression. One rainy night, he goes out in the country with a hunting rifle, planning to shoot himself in the head. Unable to pull the trigger, Taillandier finds himself back on the road. He comes across Marylou, a teenager from the city.

When Marylou told her mother that her stepfather, a violent individual, tried to sexually assault her, her mother didn’t believe her and threw her out of the house. Despite himself, Taillandier takes the young girl, who doesn’t know where to go, under his wing. Pretending to be her father, he rents a small house on the edge of the sea for them. Through Marylou, the artist finds inspiration and his love of painting returns.