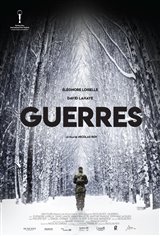 Emma Ducharme, the daughter of a respected Canadian army officer who recently died,  follows in his footsteps by enrolling in a forces training camp, led by Sergeant Richard. Successfully completing her training, the young woman goes on a mission abroad. At the end of a trying day, Emma, who has always suppressed her longings for Richard, hugs him on an impulse. But it quickly turns into rape. Disoriented and in shock, Emma recounts the incident to a superior, who refers it to her colonel. Instead of helping Emma, the colonel encourages her to keep quiet. For his part, Sergeant Richard refuses to be transferred until things settle down.