The Transformers: The Movie 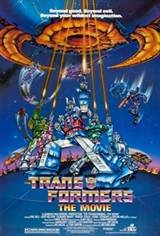 In this theatrically released chapter of the 1984-1987 syndicated animated series, the struggle between the heroic Autobots and evil Decepticons is taken twenty years into the future as both sides must deal with a world-devouring being called Unicron (voiced by Orson Welles). Set in 2005, The Transformers: The Movie serves as a bridge between the series' second and third seasons, with the deaths of several major characters and the introduction of new ones. Darker and more action-packed than the TV series, the movie was originally dismissed as little more than a feature-length toy commercial, but it has since grown in stature to become a cult favorite.