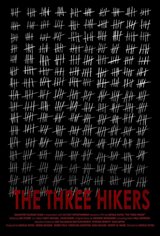 While hiking in Iraq in July 2009, three young Americans — Sarah Shourd, Shane Bauer and Josh Fattal — were captured after they strayed off course and unknowingly crossed the border into Iran.

Believed to be spies, the Americans were thrown into Evin Prison in solitary confinement. Their families, once they discovered what had happened, worked relentlessly to get them released and safely home.