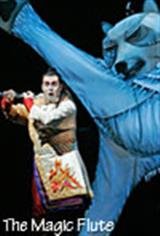 On the eve of the first global war a magical drama unfolds as Tamino sets forth on a perilous journey in pursuit of love, light and peace in a world afflicted by death and destruction. An eerie quiet descends over a landscape still untouched by conflict as Tamino waits anxiously with his fellow recruits for the command to go into battle. In the ensuing chaos he is transported to a twilight world caught between dream and nightmare where he is rescued from certain death by a trio of field nurses. When Papageno (keeper of the canaries employed to detect the presence of gas in the trenches) stumbles onto the scene and attempts to take credit for saving Tamino, the Sisters dispatch the two soldiers on a deadly mission. The duo must rescue Pamina, the lovely daughter of the Queen of the Night, who has been kidnapped by the dark lord, Sarastro. What follows is a spectacular musical adventure in which the destiny of a pair of young lovers may help determine the fate of nations and the lives of millions.