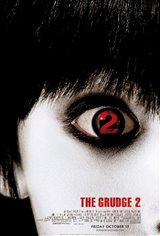 Aubrey Davis (Amber Tamblyn) discovers from her bedridden mother (Joanna Cassidy) that her sister Karen (Sarah Michelle Gellar) is in a hospital in Japan. She also finds out that Karen is under investigation for the death of her boyfriend in a fire she started in a house located in Tokyo. Since Mrs. Davis is too ill to make the trip, she asks Aubrey to go to Tokyo and bring her sister home.

Shortly after she arrives in Tokyo, reporter and photographer Eason (Edison Chen) seeks out Aubrey to warn her that her sister, Karen, is in the thrall of something unseen and dangerous.

Allison (Arielle Kebbel) attends an international school in Tokyo. Desperate to fit in with the school's "in" crowd, she is willing to do anything they ask -- even if it means going into a mysterious burned-down house that was the site of several unexplained murders and strange disappearances.

Young, introverted Jake (Matthew Knight) isn't happy that his widowed father is engaged. Still mourning the death of his mother, he can't understand why his sister Lacey gets on so well with their soon-to-be stepmother. He also doesn't understand why one of his neighbors is being so elusive. It seems that everyone in his apartment building is acting stranger and stranger.

One by one, they are infected by the malevolent curse known as "The Grudge," which is quickly moving out of the burned-down house in Tokyo and spreading to everyone who crosses its path.