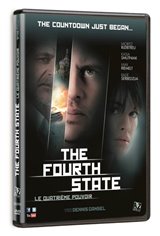 German tabloid journalist Paul Jensen (Moritz Bleibtreu) moves to Moscow to work on his father's friend's magazine. He witnesses the assassination of a famous TV journalist who had openly expressed his views on the government on his TV show.

Paul meets up with journalist Katja (Kasia Smutniak) who wants to write an article about the deceased journalist. Paul's editor doesn't want the article published, so Paul gets another editor to rewrite it and publishes it in the tabloid.

Soon after, when a backpack that Paul carried for Katja explodes in the subway, Paul is charged with terrorism.