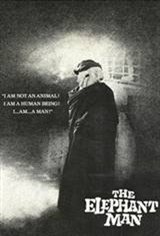 Dr. Treves rescues Merrick and takes him under his wing. As trust and friendship ensue, Treves discovers that Merrick is not only an intelligent man, but is also quite artistic and genteel.