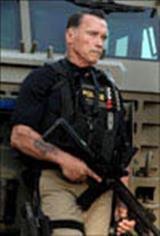 An elite DEA task force that executives raids on the world's deadliest drug cartels performs a tactical raid on a cartel safe house.

Although it seems like a typical raid, the DEA squad has actually planned in advance to steal the money. They hide the millions in stolen cash, only to be assassinated one by one.