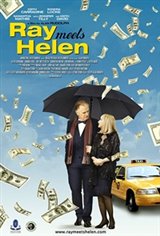 When RAY (Academy Award and Golden Globe-winner Keith Carradine), a washed up former boxer who does insurance legwork, arrives back from an overseas work trip sick and vomits on a customs agent, his old manager and current boss, HARVE (Keith David), needs to call in a favor to get him out of trouble. Now in the hot seat at work himself, Harve gives Ray one last chance to right things: recover the money from an armored car accident in a bad neighborhood.

Ray arrives in the neighborhood to find savvy resident FAYE (Kim Wayans) barely keeping a group of masked gang members from running the neighborhood, while detectives DUKES and BRANK investigating the accident. Yet the detectives haven't discovered that ANDRE, a precocious young boy with negligent parents, has recovered most of the money and is keeping it in his house. After seeing the pile of money, Ray decides to use it to turn his life around and win back his ex, who is now seeing Harve, instead of returning it.

Meanwhile, widowed HELEN (Academy Award and Golden Globe nominee Sondra Locke) is finding it impossible to stay on top of her bills. Before a visit to the bank, she has a chance encounter with MARY (Samantha Mathis), a successful writer pining for RUSS, the younger man who recently dumped her. After failing to secure a loan at the bank, Helen drives back to her isolated ranch and discovers Mary dead from a self-inflicted gunshot. Prompted by the instructions on Mary's suicide note, Helen goes to the city in Mary's place to enjoy her riches.

As Ray and Helen fake their way to the high life, their paths cross, each falling for the other's new-and-improved persona. But as their true selves shine through the act, Ray and Helen find themselves falling in love with the very qualities they are trying to hide in themselves. When Russ catches on to Mary and Dukes and Brank start suspecting Ray has the money, Ray and Helen's lies start catching up with them. Will they be able to start a new life together or will their second chance at love end in tragedy? ?