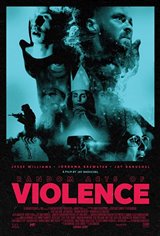 Todd (Jesse Williams) has a bad case of writer’s block, now that his comic series "Slasherman," which is based on a series of murders that took place in the late '80s and early '90s, is almost finished. He just can't figure out how to write the ending.

His publisher Ezra (Jay Baruchel) decides Todd might be inspired by having a press tour in the town where the murders took place.

Unfortunately, when the real Slasherman discovers Todd’s presence, the horrific and brutal killings start up again.

Adapted from the graphic novel of the same name by Justin Gray and Jimmy Palmiotti.