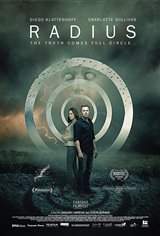 When Liam (Diego Klattenhoff) wakes in the dead of night in a ditch, it becomes clear he's been in a car crash, but he has no memories of who he is and how he got there. He climbs out to the road and as he heads for the nearest town, he discovers to his horror that anyone who comes within 50 feet of him dies on the spot.

Perplexed, he realizes he can't even contact the authorities for fear they'll die as well, so he tries to live in seclusion in order not to cause any more deaths. He stays that way until one day, when a woman (Charlotte Sullivan) approaches him and to his relief, doesn't die. It turns out she's also an amnesiac and was in the same car crash. Liam discovers that as long as the woman stays within a certain distance of him, it stops people and animals from dying due to his presence. Together, they go on a journey to find out what happened to them.