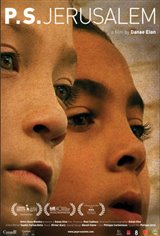 Defying the last wishes of her father, Amos Elon — a famous Israeli intellectual who was often opposed to his country's policies — documentary filmmaker Danae Elon leaves Brooklyn with her husband and their two sons and returns to live in Jerusalem, her hometown.

For three years, the filmmaker, who gives birth to a third child during that time, captures on film the problems faced by her family in this city that has changed so much since her childhood, including the problems her children have with adapting to a new culture and her husband’s difficulty in integrating. Not to mention the climate of conflict between Israel and Palestine, which sometimes threatens to divide their small family.