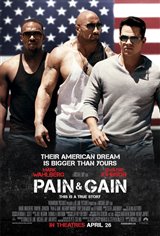 Seven years after opening Sun Gym, accountant John Mese was on the verge of ditching the enterprise. Luckily for the accountant, Daniel Lugo, 30, showed up on his doorstep looking for work and filled with great ideas to reinvent the gym. Lugo had completed a 15-month sentence for embezzling over $70,000 from innocent dupes. Nevertheless, Mese hired the 6'2", 230-pound ex-con as a personal trainer, and by 1994 he was general manager. Soon after, Lugo hired his best friend Noel "Adrian" Doorbal, 22.

In mid-October of that year, with the help of two other men, Lugo and Doorbal hatched a scheme to kidnap Marc Schiller, who they claimed stole $200,000 from a gym member named Jorge Delgado. They said they wanted to get the money back, and much more, to punish him. Delgado relayed Schiller’s personal information to the men – which he knew because he had been Schiller’s close friend before they had a falling out.

After seven failed attempts to kidnap Schiller, Lugo was livid, and decided to get serious. They recruited yet another member.

One afternoon Schiller was at the deli he owned, waiting for a perspective buyer. The buyer never showed, and after 4:00 p.m. he decided to give up. As he opened the door, three men grabbed him and tasered him.

He was shoved in a car and stripped of his watch and wallet. His mouth and eyes were covered with duct tape, his ankles were shackled and his hands were handcuffed behind his back. The car drove to Delgado’s warehouse in Hialeah. For several weeks they brutally taunted and beat Schiller. They forced him, still with tape over his eyes, to sign over everything he owned. On December 10, Lugo, Doorbal, and Delgado came up with a plan to intoxicate Schiller over a number of days then have him get behind the wheel of his 4Runner, leading to a fatal car crash. At 2:30 a.m. on December 15th, Schiller was thrown behind the wheel, unconscious. Lugo stomped on the gas pedal, jumping to safety before the car collided with a pole. Schiller survived. The men then lit fire to the car, only to have Schiller escape. To finish the job for good, they hit him with their car, and ran him over twice for good measure. They headed home, happy that they had finished the job.

Unfortunately for the Sun Gym Gang, Schiller made his way to a hospital, and he contacted a detective, who told him to get to a safe place before the men found him and finished him off. Sure enough, when they realized he was alive, they made their way to the hospital, but Schiller was gone. He went north by air ambulance to stay with his sister and hired Ed Du Bois, a private investigator, to look into his case.

Unbelievably, the police didn’t believe Schiller’s story and did nothing. It was only when a wealthy couple was abducted and parts of their bodies were later found in southwest Miami at the bottom of a drainage ditch, that the police realized Schiller had been telling the truth. Doorbal and Lugo got sloppy and made many mistakes, including involving several witnesses.

The men were brought into custody on June 9, 1994. Their accomplices, including John Mese, were also arrested and tried for the minor roles they played in the kidnapping and murder plots. Their trials began on February 24, 1998, taking 10 weeks to lay out the case.

On May 4, 1998 Lugo’s jury convicted him of two murders and 16 other charges, while Doorbal was found guilty of two murders, and 13 other charges. Almost a month later, on June 1st , their juries voted for the death penalty. On July 17, 1998, almost three years after the murders were committed, Judge Alex Ferrer sentenced Lugo and Doorbal to death for killing the couple, and consecutive sentences for the other crimes. ~Brittnee Fleming