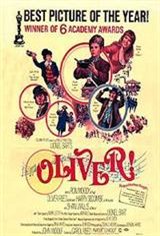 Inspired by Charles Dickens' novel Oliver Twist, Lionel Bart's 1961 London and Broadway musical hit glossed over some of Dickens' more graphic passages but managed to retain a strong subtext to what was essentially light entertainment.

For its first half-hour or so, Carol Reed's Oscar-winning 1968 film version does a masterful job of telling its story almost exclusively through song and dance.

Once nine-year-old orphan Oliver Twist (Mark Lester) falls in with such underworld types as pickpocket Fagin (Ron Moody) and murderous thief Bill Sykes (Oliver Reed), it becomes necessary to inject more and more dialogue, and the film loses some of its momentum.

But not to worry; despite such brutal moments as Sikes' murder of Nancy (Shani Wallis), the film gets back on the right musical track, thanks in great part to Onna White's exuberant choreography and the faultless performances by Moody and by Jack Wild as the Artful Dodger.

The supporting cast includes Harry Secombe as the self-righteous Mr. Bumble and Joseph O'Conor as Mr. Brownlow, the man who (through a series of typically Dickensian coincidences) rescues Oliver from the streets. Oliver! won six Oscars, including Best Picture, Best Director, and a special award to choreographer Onna White.