Murder Among the Mormons (Netflix) 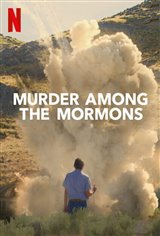 Salt Lake City, 1985. In this three-part series based on true events, a series of pipe bombs kills two people and severely injures another, jolting the epicenter of the LDS Church. The murders send further shockwaves through the community when the next day, another bomb goes off in the vehicle of Mark Hofmann, a renowned collector of rare documents relating to the LDS Church.

The explosion destroyed early Mormon letters and diaries, including the infamous White Salamander Letter—an artifact whose contents threatened to shake the very foundations of Mormonism. As Hofmann fights for his life, investigators race to uncover the truth.