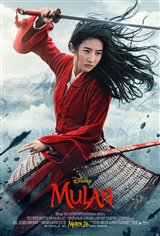 When northern invaders led by Bori Khan (Jason Scott Lee) leads to an imperial edict to draft one man from each family, her father is the only one viable in spite of his injuries. Mulan then takes it upon herself to protect her father and her family by secretly going in his place as his "son," Hua Jin. When her father discovers her actions he prays to their ancestors to keep her safe as she looks to keep her secret, while fulfilling her duty.